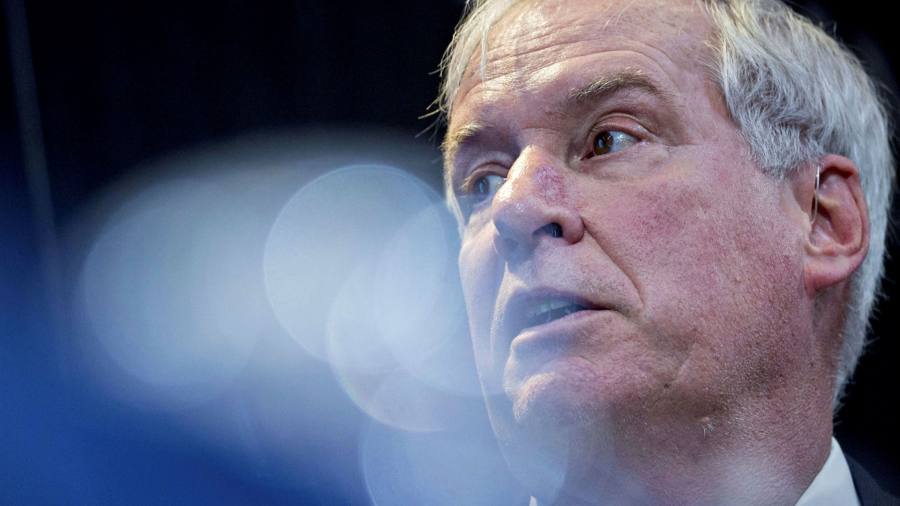 Senior Federal Reserve official warned that the United States could not afford a ‘boom and bust cycle’ in the housing market that would threaten financial stability, in a sign of growing concern over the upside real estate prices at the central bank.

â€œIt’s very important for us to get back to our inflation target of 2%, but the goal is for it to be sustainable,â€ Eric Rosengren, chairman of the Boston Fed, told the Financial Times. â€œAnd to make it sustainable, we can’t have a boom and bust cycle in something like real estate.

â€œI’m not predicting that we’ll necessarily have a bust. But I think it’s worth paying close attention to what’s going on in the housing market, â€he said.

According to data released by the National Association of Realtors last week, the median price of existing home sales rose 23.6% year-over-year in May, topping $ 350,000 for the first time.

Rosengren said that in the Boston real estate market, it has become common for cash-only buyers to win in auction contests, and some have turned down home inspections to gain an edge over sellers.

â€œYou don’t want too much exuberance in the housing market,â€ Rosengren said. “I would just like to point out that boom and bust cycles in the real estate market have occurred repeatedly in the United States and around the world, and frequently as a source of financial stability problems.”

He said the roaring housing market is expected to be a factor as the central bank considers slowing or removing some of the significant monetary support to the economy introduced during the coronavirus pandemic.

As part of its asset purchase program, the Fed bought $ 40 billion in agency mortgage-backed securities per month as well as $ 80 billion in treasury debt per month.

Fed officials are now starting to discuss reducing this bond purchase. And Rosengren said that “when it is appropriate” to begin this process, purchases of mortgage-backed securities should be reduced at the same rate as Treasury purchases. This would mean that direct support for housing finance would decline more quickly.

“This would imply that we would stop buying MBS long before we stop buying Treasury securities,” he said.

James Bullard, chairman of the St Louis Fed, is among those who have called on the Fed to reassess its support for the housing market amid what he noted as broader concerns about an emerging bubble.

Robert Kaplan, chairman of the Dallas Fed, also called for the purchases to end “as soon as possible”, especially given the mounting evidence of financial speculation in the housing market.

The Fed has said it will only start cutting back on asset purchases once it has made “further substantial progress” towards its targets of 2% average inflation and full employment.

Given the rapid recovery, Rosengren said that “the conditions for determining whether we have made further substantial progress will likely be in place before the start of next year.”

The Fed’s latest economic projections showed central bank officials were raising interest rates from their current low in 2023, earlier than expected. They also revealed a greater division within the Federal Open Market Committee over the expected course of monetary policy than it had ever been.

â€œThere is a lot of uncertainty in the forecast,â€ Rosengren said. “Some people are going to have very rapid growth [and] the conditions for a tightening of the policy could arise sooner. And others will think that the recovery will be a little slower. “

You still have to understand backwards

A fall in real estate prices is coming. Rising unemployment could make the situation…