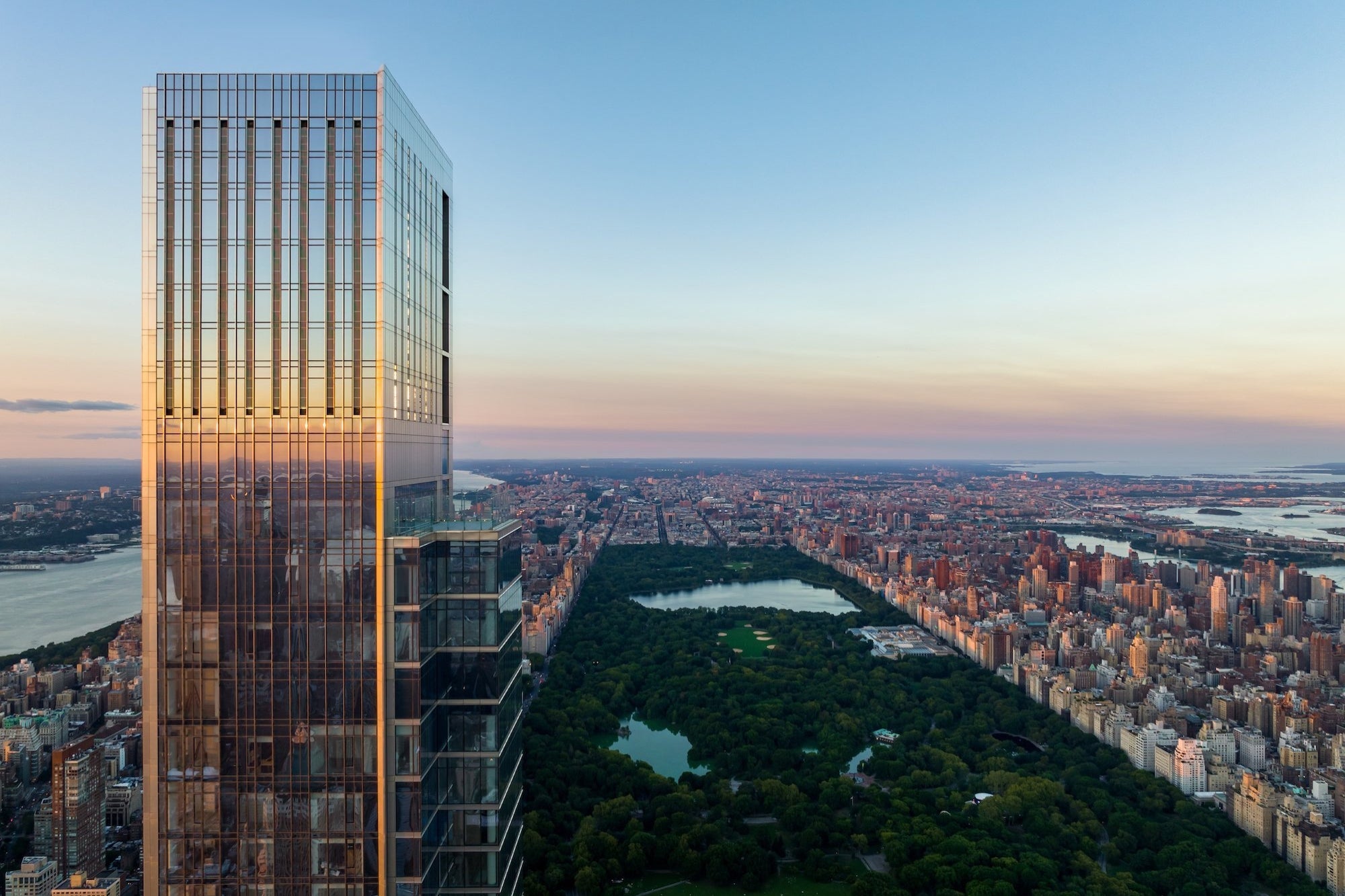 The world’s tallest apartment is on sale for $250 million

How is that for a spacious apartment with a panoramic view? The tallest private residence in the world has just been put up for sale in New York.

Located on Billionaire’s Row in Manhattan along the southern end of Central Park, the penthouse is 1,416 feet in the sky. It’s just 38 feet less than the height of the Empire State Building.

The most expensive apartment in New York

The penthouse nestled atop the Central Park Tower is not only the tallest in New York, but also the most expensive, with an asking price of $250 million. ryan serhantone of the stars of the reality show Bravo New York Million Dollar Listing and the founder of a luxury real estate company sergeantis the lucky realtor who offers the apartment.

In an interview with People, he said, “the penthouse truly embodies bespoke living and has rightfully earned its moniker as New York’s most spectacular gem.”

With a standard 5% commission, Serhant could earn over $12.5 million from the sale.