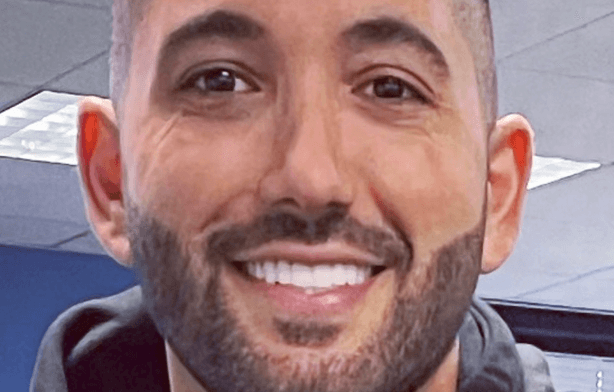 Driven primarily by the pandemic and the subsequent demand for single-detached single-family homes, the homeownership rate in the United States jumped to 65.5% in 2020, an increase of 1.3% from 2019, according to National Association of Realtors (NAR) data.

Not only do black Americans have significantly lower homeownership rates than white Americans, but NAR research shows that black Americans are nearly twice as likely to be turned down for a mortgage.

The challenge is ongoing – but the big question is, what can mortgage lenders do to increase their reach with potential black homeowners and offer products that will help them achieve their goal of homeownership? To help answer this complicated multi-pronged question, MortgageOrb recently interviewed Tai Christensen, Head of Diversity, Equity and Inclusion and Director of Government Affairs for CBC Mortgage Agency, a national provider of down payment assistance, and David Abelyen, Founder and CEO of Cake Mortgage, a direct home lender based in Chatsworth, CA

Q: Are lenders doing a good job working with minority borrowers? Why or why not?

Christian: Based on the wide ownership gap between white households and communities of color, the industry could do a better job. The number of minority owners, and in particular the number of black owners, is not improving – in fact, it is decreasing. This is despite all the programs and product improvements and opportunities that have been provided to the minority community.

Abelyan: The reality is that minority borrowers are more likely to have credit profiles that are less than ideal, and the lender is ultimately responsible for the borrower’s ability to pay, so many believe this is not not worth it. It also hurts borrowers who want to refinance. Many minority-owned homeowners have built up equity and would like to pay off their debt, but they can’t refinance because their debt is too high. It’s just the way the system is set up. This may not be intentionally unfair to minority communities, but that is essentially the effect.

Q: What are some of the challenges faced by minority home buyers?

Christian: Many members of the minority community are excluded from their community. Rising house prices are just one factor, but disparities in household income and wealth between minority borrowers and white borrowers also have a big impact. According to federal statistics, the median income of black households in 2019 was about 60% of the median income of white households, and the median net worth of black households was less than 15% of that of white families. This means that many potential buyers cannot ask their mom or dad for financial help with their down payment.

Abelyan: Minority borrowers also often pay more for mortgages. On average, members of the minority community are more likely to be low credit profile borrowers. Lenders know these borrowers don’t have many options, so they raise their fees and rate. Thus, those who can least afford a house pay more on average for this opportunity. But they do it because they have no choice. You have to take what they give you.

Abelyan: Mortgage lenders can’t just change their marketing and tell people they’re committed to serving their community – it just seems wrong. Lenders need to have real conversations with people and spend time educating them about the benefits of home ownership and how it can help them build generational wealth that they can pass on to their children. Lenders also need to hire people who are naturally helpful, who are willing to invest their time and energy in guiding and advising clients until they are able to qualify.

Christian: Offering down payment assistance (PAD) is a great way to attract and help many first-time minority buyers. More than half of the borrowers who obtain assistance through the Chenoa Fund are minorities. Without the help of the down payment, most would not have the opportunity to purchase. But if we want to help people become sustainable owners – and we should – education is also essential. Most minority homebuyers are generational renters, so they often don’t understand all of the responsibilities that come with owning a home and doing it all yourself. That’s why all borrowers who receive a PAD through the Chenoa Fund have the option of taking HUD-approved homeowner education courses at no additional cost.

Q: How important is it for the industry to diversify?

Abelyan: It is extremely important. If a lender is serious about helping people from all walks of life buy homes, they need to reflect that desire. But for the most part, underserved communities aren’t very well represented among leaders in our industry, which is one of the main reasons there’s a significant racial gap in homeownership. Lenders should want people from different backgrounds in the C-suite. Our company is fortunate to be located in Los Angeles, where it’s easier to do this because the city is a huge melting pot.

Christian: There is nothing worse than saying they want to serve the minority community and then showing up with a bunch of white people. Lenders need people on their team who look like the people they say they want to serve – and to do that, they need to go to those communities and intrigue them into a career in the mortgage industry. However, we have seen major advances. The Mortgage Bankers Association and other major organizations have been really encouraging diversity over the past two years, including visiting historically black colleges and universities and talking to students about the benefits of the mortgage industry as a career.

Abelyan: Ultimately, we are dealing with a systemic problem. Lenders and loan officers don’t want to do anything that hurts their profits. A loan officer who spends too much time working with people who won’t get a mortgage right away is seen as not doing their job. It comes down to getting loan officers to actually help people at the very beginning of their homeownership journey, perhaps by changing compensation structures and monitoring the conversations loan officers have with clients to see if they actually help people or just hang them up on the phone. as quickly as possible.

Christian: Remuneration models must change. I started in the trenches as a loan processor in 2002, and I know you get paid based on how fast you can produce. But you can’t produce quickly with a borrower of $60,000 a year and 580 credit points. When this file arrives on the desktop, it represents a considerable amount of work, so an LO is more likely to pay attention to someone else. Until the mortgage industry changes this mindset, which is ingrained throughout the housing industry, nothing will change. But if we can change it, we can begin to change the generational tide.