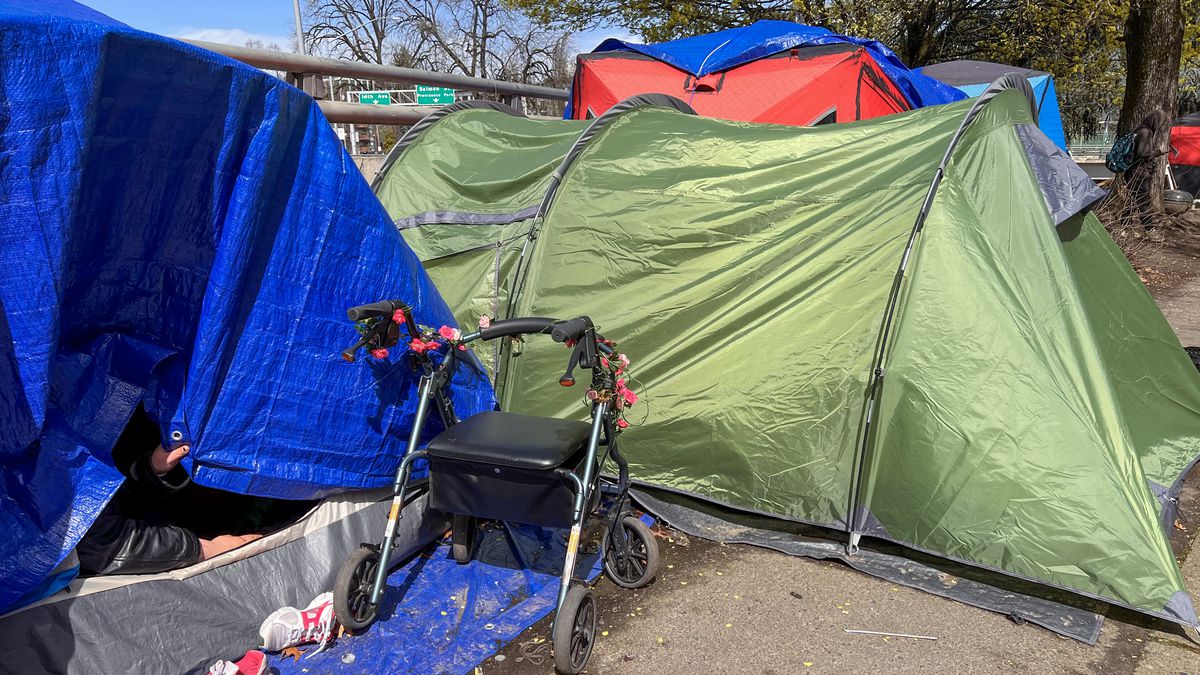 The fate of a controversial ballot measure to radically reshape the Portland area’s approach to homelessness rests in the hands of a judge. But a group of companies is nevertheless ready to give big.

Over the past week, more than two dozen donors, many of them real estate developers, have donated to a new political action committee, “Everyone deserves a safe haven.” PAC has raised $320,000 so far to support a November ballot measure proposed by People for Portland, a nonprofit political group that is trying to increase the number of shelters in the area and enforce through cities the anti-camping laws they have on the books.

A judge is expected to rule soon on the constitutionality of the ballot measure proposed by the group. Lawyers for Metro, the regional land use government, said the proposed measure does not pass constitutional scrutiny.

Real estate company Killian Pacific is one of the largest donors to the new committee, donating $50,000 to support the demand for more shelters. The donation comes as the company takes legal action to stop a shelter in its backyard.

Killian Pacific filed a lawsuit against Multnomah County last month over the location of a women’s shelter in the Central Eastside, which was at the center of a cluster of five office buildings he owns. The company claimed Multnomah County officials bungled the public engagement process and defied zoning rules with a shelter that would sink the company’s millions of dollars of investment in the area.

Adam Tyler, the company’s president, said at the time that he agreed with the call to build more shelters to deal with the region’s homeless crisis, but thought the ‘Industrial Eastside was the wrong area and would isolate homeless people from needed social services.

Killian Pacific is one of three entities that donated $50,000 checks to the PAC in support of People for Portland’s ballot measure. The measure aims to redirect most of the money generated by a new tax on affluent Portland-area residents away from services to help people stay in their homes – rent assistance, drug treatment, health services mental health – and to an emergency shelter. The ballot measure would also require Portland-area governments to enforce public camping bans to receive homeless services money.

Voters in Multnomah, Clackamas and Washington counties created the tax in 2020. The measure was championed by a coalition of business groups, nonprofits and elected leaders collectively known as HereTogether.

Angela Martin, the co-director of Here Together, said Killian Pacific’s large donation to the campaign has raised “red flags” about the company’s motives.

“Given all the billboards and advertisements calling for the urgency to open shelters, it’s baffling that one of People for Portland’s biggest donors has taken legal action to protest the opening. of a women-only shelter in her neighborhood,” Martin said in a statement. “A more accurate name for People for Portland’s new PAC would be ‘Everyone deserves a safe haven somewhere else’.”

Tyler, the head of Killian Pacific, did not immediately respond to a request for comment.

People from the Portland organizers appealed the ruling to the Multnomah County Circuit Court, calling Metro’s analysis ‘completely contrary to Oregon law’ and accusing the agency of trying to miss of time.

Dan Lavey, the campaign’s political strategist, said the new PAC was a sign that the people of Portland would not wait for a judge’s ruling to act.

“In the face of the subway obstruction, our campaign is moving forward to prioritize shelter and end deadly camping on our streets,” he said. “These early contributions are a strong sign of the progress of citizens to change the failing policies stubbornly pushed by politicians out of touch with the people they represent.”

It’s the second corporate-backed PAC to pop up in Portland this month. A group of property developers and interests has also pumped money into a new committee called Portland United. Organizers of that group say they plan to spend $700,000 to support City Council candidate Vadim Mozyrsky, a centrist who is running against Commissioner Jo Ann Hardesty, and re-elect Commissioner Dan Ryan, who is facing a challenger from the left. The group has, so far, reported 18 donations totaling more than $220,000, largely from property developers.