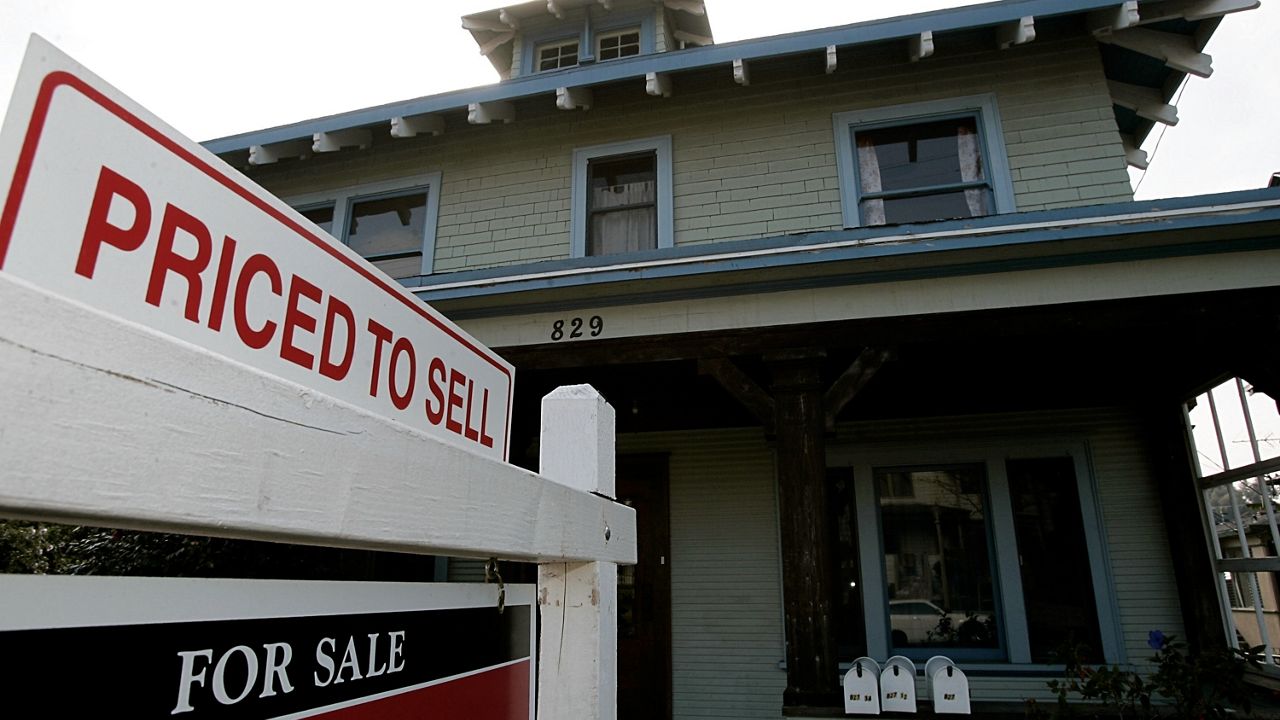 ORANGE COUNTY – “FOMO”, “on fire” and “hungry” are some of the words used by real estate agents to describe the hot Orange County real estate market in 2021.

Despite the ongoing coronavirus pandemic and government-related restrictions from 2021, house prices and demand in Orange County have skyrocketed due to a lack of inventory and historically low interest rates .

â€œThere was a lot of FOMO (Fear of Missing out),â€ said Tim Carr, broker and part owner of the Tim Carr Group in Newport Beach. Carr said his company made $ 200 million in sales in Newport Beach and Orange County last year.

â€œWe have seen prices in every segment of our market climb at rates that we have never seen before,â€ Carr said. “And there’s really next to nothing to sell.”

One of her team, Linda Duffy, a certified senior real estate specialist, said the housing market was on fire last year.

â€œAnything that is $ 2 million and under, there were at least a dozen deals for each house,â€ Duffy said.

The lack of housing stock in Orange County coupled with historically low interest rates has been the main scenario over the past year which has led to higher than usual demand, higher prices homes and bidding wars amid the coronavirus pandemic.

According to Reports on Housing, a company specializing in analyzing the Southern California real estate market, Orange County had a home inventory of 2,522 at the start of the year – the lowest level of homes for sale in the region since the data company started tracking in 2004.

In the standard pre-COVID years, housing stock would increase in the late spring and summer months before cooling down again during the fall and winter vacation season. No one likes to move when their children’s school is underway.

But that was not the case this year.

Housing reports noted that the county’s housing stock peaked on January 8, when there were 2,633 units in the Orange County market. In early June, stocks fell to around 2,200 before rising to 2,537 in late July.

â€œThe five-year average peak before COVID was 7,077, an astounding 179% higher than this year,â€ Steven Thomas, chief economist at Reports on Housing, said in his monthly newsletter.

The second half of the year did not perform better in terms of inventory and the number of active registrations.

â€œFrom August to the end of the year, the number of available homes has continuously declined to unprecedented levels,â€ Thomas said. â€œThe year ended with 1,072 homes, 60% below last year’s record low of 2,675. The end-December five-year average reading before COVID was 4,414, a staggering level by 312% more than in 2021, quadruple today’s level. “

Thomas said by the end of this year, Orange County’s housing stock is expected to fall below 1,000.

With inventory this low, the 30-year fixed mortgage rate falling to 2.78% in July and fierce demand, home prices have skyrocketed across the county.

According to the LA Times, quoting real estate firm DQNews, the median price of homes in the county was $ 799,000 in January. In November, the median house price jumped 15% to $ 919,000. The figures for December only come out in January.

Local real estate experts said sellers benefited the most this year – only if they found another place to live.

Unless there is some life event – downsizing, divorce, promotion, etc., Edwin Baloloy, a real estate specialist at the Newport Beach-based residential agent, said most Orange County owners did not want to sell.

â€œThey see how difficult it is on the other side,â€ Baloloy said. “They are going to have to move elsewhere.”

Duffy said there was so much price appreciation across the board that it’s hard for people downsizing to sell and buy another property for less.

â€œAfter the capital gains taxes, the Obamacare tax, and the transaction fees, you can’t buy anything else, especially if they were to stay in California,â€ Duffy said. “For a lot of people, it was staying where you are and reshaping what you have.”

As the year went on, demand in the county also fell. Many potential buyers, especially those who could work from home, fled inland to the Inland Empire or San Bernardino. Others, discouraged from being on the losing side, simply gave up.

â€œIt’s hard for first-time home buyers who use FHA loans to compete in this market,â€ said Abby Ronquillo, owner of NetRealty, a Corona-based real estate brokerage firm. â€œThey lose to people with more money for the down payment, buyers and investors all in cash. They hope to find and buy their dream home, but get turned down. It takes a heavy toll on them. emotional toll. I tell them, we have to go somewhere else where they will not be rejected. “

Ronquillo represented several clients who lived in Orange County and moved and either bought a house or were looking to buy in the Inland Empire.

But housing affordability isn’t just an Orange County issue. Sadly, Ronquillo said there were bidding wars for homes in Riverside, Lake Elsinore and all counties in Southern California.

“For me, I have to stay calm, calm and serene,” she said. “A lot of buyers are emotional, and I need to help them make a rational decision based on value, not emotion.”

As the year draws to a close and 2022 arrives, real estate experts have said people shouldn’t expect a housing downturn anytime soon.

On behalf of a client, Baloloy made an offer of $ 200,000 off the asking price for a home in Irvine last week. Usually, the listing agent would immediately acknowledge receipt of the offer with this large sum above the request.

Baloloy had no response from the agent for days.

â€œIrvine is like the zero point for bidding wars,â€ he said.

Carr, group co-owner Tim Carr, said another Black Swan event could perhaps put an end to the momentum in the housing industry.

â€œI don’t think this market is going to cool down unless there’s a reason for it to calm down,â€ Carr said. â€œWith inflation, the federal government will likely raise interest rates this year and people will back off. But no catastrophes or major events are happening on the horizon that will push us off the cliff. I think demand will calm down as money gets more expensive, and we’ll see a little chill. “

Ronquillo said she does not see a real estate bubble burst despite the potential for interest rate hikes next year.

â€œThere are still so many buyers in SoCal,â€ she said. â€œWe have no shortage of buyers. If you wait for a bubble it won’t happen. There is so much shortage and the CO is wonderful. You are close to everything – food and the beach, and it doesnâ€™t. will never get old. “

After Evergrande, the Chinese Shimao rekindles the fears of the real estate sector | Property