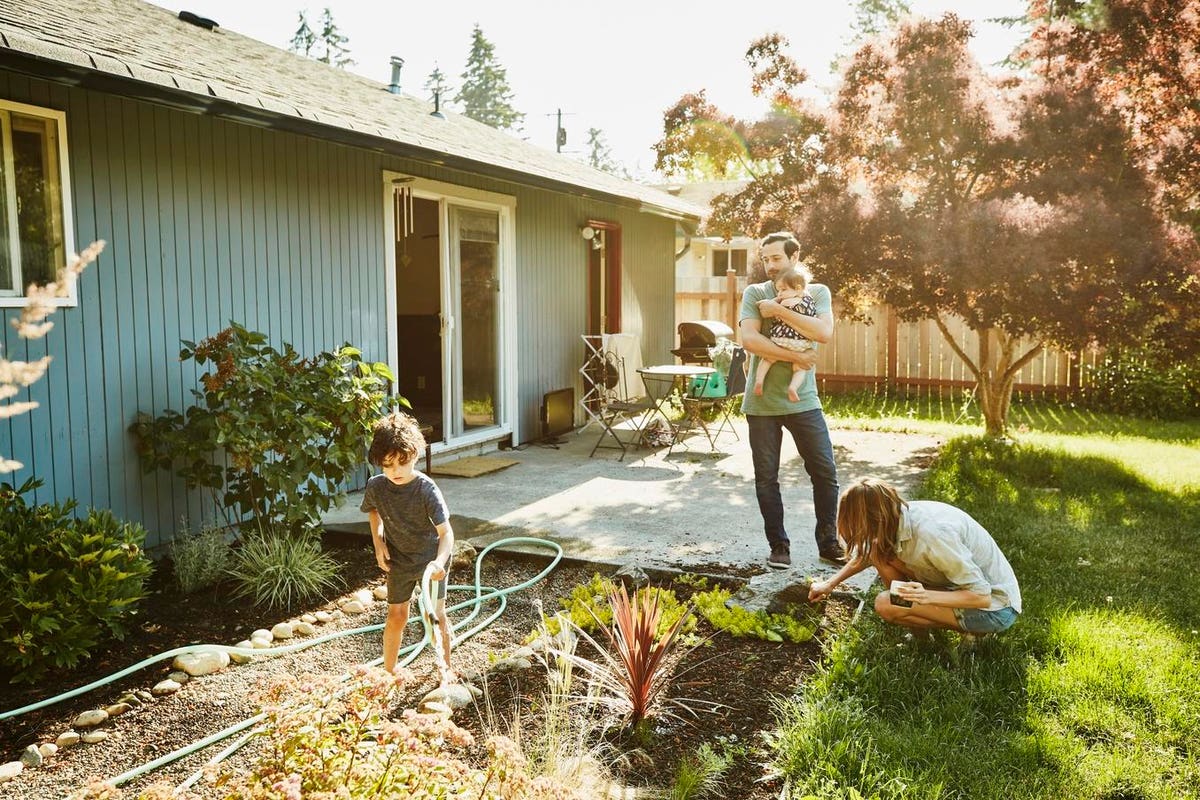 The real estate trends for July finally offer good news for first-time buyers entering the market. New listings increased on an annual basis for the fourth consecutive month as sellers added a higher number of smaller homes to the market, according to Realtor.com’s monthly housing report released today.

Growth in the median listing price continued to slow over the past month, but data shows that part of this trend can be attributed to the increase in the number of cheaper homes for sale.

Nationally, the number of homes for sale fell 33.5% year over year in July. While stocks are still lower than last year, the rate of decline is improving, especially at more affordable prices. If this trend continues, there might be some relief on the horizon for first-time homebuyers looking for smaller homes.

â€œReal estate trends in July show that a market is still moving back to some version of normal,â€ said Danielle Hale, chief economist at Realtor.com. “The feverish pace of home sales is starting to follow historic seasonal patterns, while new listings have increased at an unusually high rate for the summer months, which further contributed to the inventory crisis.”

She added: â€œThis shifts the balance of the housing market in a more favorable direction to buyers, but buyers may not see as much of a moderation in prices as the national trend suggests, as this is in part attributed to a shift. towards smaller houses for sale. Nonetheless, if this shifting inventory momentum continues, we could see a wave of real estate activity heading towards the end of the year. “

While growth in new listings is still below typical 2017-19 levels (-9.5%), more new sellers entered the market in July (+ 6.5% year-on-year), which was higher than the 5.5% increase in June year-on-year. . Newly listed dwellings generally decline from June to July, but this year has remained stable at -0.6% from June.

In July, the national median list price remained at last month’s record high of $ 385,000, up 10.3% year-over-year. However, prices are slowing down slightly from June’s + 12.7% growth rate as more affordable homes went on sale in July compared to last year. Looking at trends for a benchmark 2,000 square foot single-family home, Realtor.com found that price growth in July continued at a steady pace, with prices up 18.6% year-on-year. .

The largest metropolises experienced the third straight month of single-digit listing price growth in July, up 3.9% from a year ago. Additionally, 22 of the 50 largest markets saw their median listing prices drop in July compared to last year, but this can be attributed to an increase in smaller, more affordable stocks.

The typical house nationwide spent 38 days on the market in July, 22 days faster than last year and 23 days faster than the July 2017-2019 average, a more normal housing market before Covid. However, a sign of a return to typical seasonality, it was a day slower than the record 37-day market time in June.

Four subways tied for the fastest time on the market in July, at a median of 17 days: Denver, Nashville, Columbus, Ohio; and Rochester, New York.

Homes sold even faster than last year in many of the 50 largest subways in the United States, which saw time to market decrease by an average of 17 days compared to last year in July, with the strongest regional decline in the South (-22 days). Additionally, the three subways where homes sold the fastest in July compared to last year were all in the south: Miami, with a wide 61-day margin faster, as well as Raleigh, Northern California. (33 days) and Jacksonville, Florida (30 days).

The History of Air Conditioning in Southern California