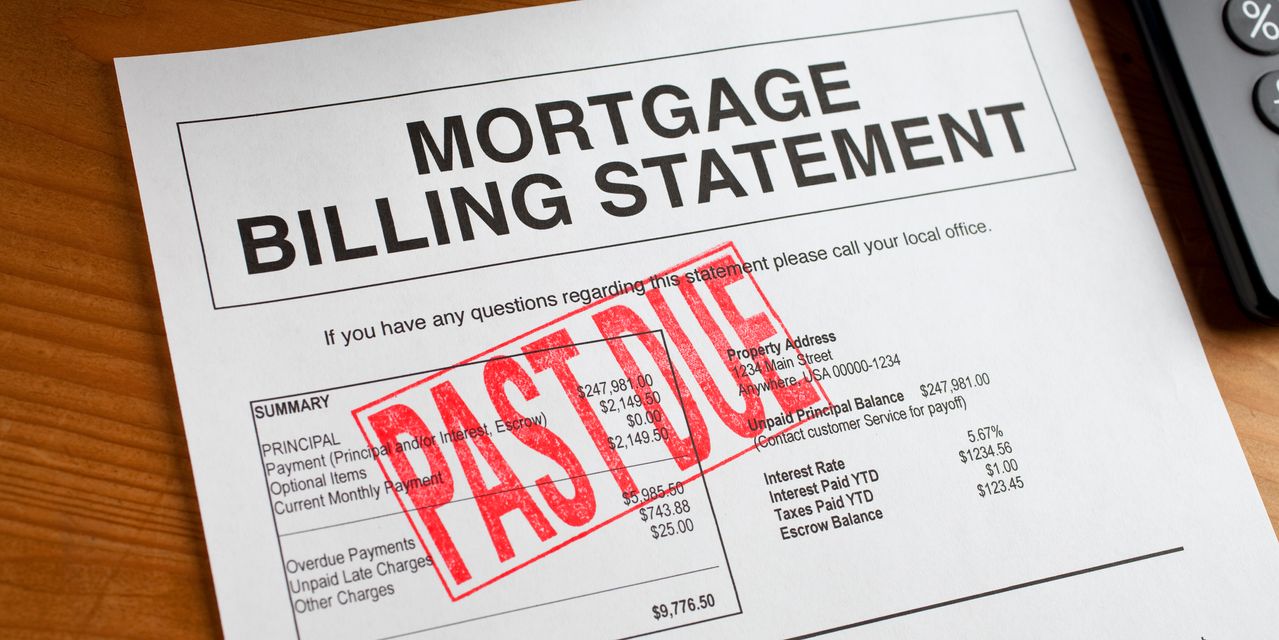 Mortgage delinquencies increased for the first time in 9 months. What does it mean?

Mortgage defaults are on the rise. Indeed, in February, the national delinquency rate rose for the first time in 9 months, largely thanks to a 97,000 increase in early-stage delinquencies – or those that were 30 to 60 days overdue, according to new data based on month-end data. Mortgage performance statistics from Black Knight, a mortgage and real estate data and analytics company. The number of properties in arrears of 30 days or more or in foreclosure reached approximately 1.95 million nationwide, while the total number of foreclosures in the United States reached 25,000, up 541% from the same time last year, Black Knight revealed.

Why are we seeing this increase? Mortgage defaults have all but disappeared during the pandemic due to generous mortgage relief provisions enacted by the federal government in the spring of 2020, pros explain. “Homeowners who were struggling financially got a free pass on their mortgage payments for a year or more. Now, however, owners have to resume their payments and some cannot,” says Jeff Ostrowski, an analyst at Bankrate.

But even though the total number of delinquent loans increased by 1.8% in February 2022 compared to the previous month, it is essential to note that the delinquency rate remains close to pre-pandemic levels, with mortgages seriously overdue, which are classified as being 90 or more days past due, actually decreasing by 72,000. This is largely due to borrowers abandoning forbearance plans and starting to make payments again. Although foreclosures also rose a month earlier, they fell 24% from January to February.

The reason delinquencies matter is because they’re a sign of distress — and it can signal weakness in the housing market. But that jump in delinquencies was minor, and experts say there’s no reason to panic. “These delinquency rates are so low that they don’t have much effect on the overall housing boom,” Ostrowski says. In fact, Matthew Speakman, Zillow’s senior economist, says the share of loans with late payments of 30 days or less remains very low and in line with pre-pandemic levels. “More encouragingly, the decline in longer-term delinquencies was a reflection of the impact of the removal of forbearance protections in the pandemic era. Loans pending forbearance were counted as delinquent even though missed payments were not charged to borrowers, so as households start making monthly payments again, serious delinquencies decrease,” says Speakman.

A bigger problem would be foreclosed properties to linger on the market for a long time, says Lawrence Yun, chief economist at the National Association of Realtors (NAR). “But that’s not the case with many buyers willing to bid on most homes and especially discounted foreclosed homes,” Yun says.

While defaults can be a leading indicator of future distressed properties hitting the market, the importance of understanding the categorization of early-stage defaults versus severely delinquent mortgages reflects the difference between a temporary setbacks that a landlord can recover from and a months-long default that likely means the landlord will have to move, the pros say. “The first failure of a mortgage payment may be due to an unexpected event such as job loss or major medical bills. Often the person finds employment to help alleviate the delinquency. If a payment is missed for 3 or more consecutive months, it can be expected that a good number of these properties will appear as inventory for sale,” Yun explains. Assessing the timing of delinquencies therefore dictates foreclosure rates, which drives changes in the market. “If these houses persist in the market for a long time, it feels like something is wrong from the perspective of consumers and the local neighborhood and then house prices start to drop,” Yun says.

What does all this mean for home buyers and sellers?

“Serious delinquency can be devastating for a landlord. That means credit score impact and potentially default and foreclosure,” says Ostrowski. But since house prices are so high right now, a struggling homeowner should be able to sell their home before losing it, although the same owner must then navigate through an expensive rental market.

Conversely, for buyers, bad debts take on a whole new meaning. “For buyers, an increase in delinquencies is good news because it could portend more homes for sale in a real estate market characterized by record inventories,” Ostrowski said. Check here for the lowest mortgage rates you might qualify for. Still, total delinquencies remain very low compared to the mid-2000s, and lending standards these days are quite stringent, minimizing the risk of a wave of delinquencies, Speakman notes.

Foreclosures can potentially cool a hot market. “They increase inventory and tend to be cheaper because repairers or municipalities can sell them at cost. This may give homebuyers more options, although foreclosures may also indicate that the local economy is struggling. All of these factors can make conditions more difficult for home sellers,” says Wood.

Real Estate in Tacoma, Washington: What You Can Get for $1.5 Million