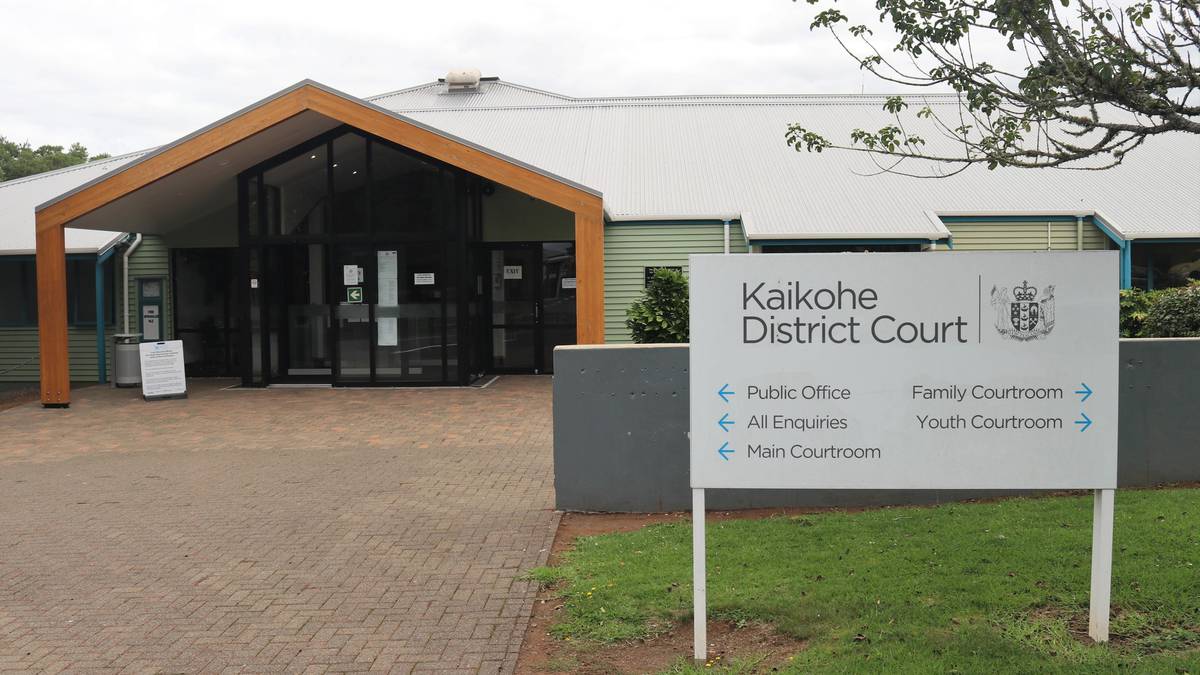 A Kerikeri real estate agent has been convicted of unprovoked assault on the best cop in the North after an apparent case of mistaken identity. Photo / Peter de Graaf

A Kerikeri real estate agent has been convicted of punching the best cop in the Far North in the face in what he called mistaken identity.

Kevin Lloyd, 27, asked for release without conviction when he appeared in Kaikohe District Court on Friday on a charge of assault with intent to injure.

Instead, he was sentenced to 80 hours of community service and nine months of surveillance.

According to the summary of the facts, the Commander of the Far North Police Zone Inspector Riki Whiu was having dinner with his daughter at a restaurant in Paihia on April 16 of this year while Lloyd was at a nearby table with friends.

After Lloyd had finished his meal, he approached Whiu, introduced himself as Kev, shook his hand, and asked him if he knew any of his friends standing at the door.

As Whiu leaned forward to get a better look, Lloyd punched him around the right eye with a closed fist, then yelled obscenity and raised a middle finger as he left the restaurant.

Whiu, who suffered a scrape and swelling, followed Lloyd in an attempt to find out who he was. In the meantime, her daughter called 111.

Lloyd said he mistook Whiu for a man who beat up a friend of his in Paihia a few weeks earlier.

His lawyer, Stephen Nicholson, rejected police suggestions that the assault amounted to self-defense.

Rather, it had been precipitated by his memories of a “pretty macabre” assault on a friend, and involved at most two or three minutes of premeditation.

He admitted that there was some vulnerability in the fact that Lloyd’s action was unexpected, but the victim was “not a weak person” and therefore was not vulnerable in that sense.

Lloyd had never appeared in court and had a positive reference from his former naval commander. He is an agent at Mike Pero Real Estate in Kerikeri.

Attempts by police to question his previous good character over a warning for being drunk and rowdy on Christmas Eve 2016 outside a pub in Kerikeri were “just plain stupid,” Nicholson said.

He had pleaded guilty early and offered to go through the restorative justice process, even though he knew it would be exhausting.

Nicholson said the consequences of a conviction would outweigh the crime because there was “a real and appreciable risk” that the professional body to which he belonged could take away his right to work as a real estate agent.

It would also cause â€œhorrible damageâ€ to his father, the owner of the business.

However, Police District Attorney Russell Price said Lloyd’s attack on a man sitting in a restaurant having a meal with his daughter was “completely unwarranted and unprovoked.”

A king’s blow, or a cowardly punch, could do enormous damage to an unsuspecting person, he said.

Weighing the arguments, Judge Michelle Howard-Sager said she took into account Lloyd’s previously unblemished record, his early guilty plea, his willingness to participate in restorative justice and the real risk to his career.

However, she was concerned about the assault on a stranger, the “potentially disastrous” consequences of a head attack, and the element of premeditation which included coaxing the victim into advancing for a better opportunity. to hit him in the face. .

The victim impact statement was not read in court, but the judge said it was clear the assault had affected the victim and her daughter. This included being subjected to the “blame victim” of colleagues.

Justice Howard-Sager said Lloyd could lose his job, but it was a natural consequence of this kind of behavior.

It was also important for the public to know what had happened, she said.

Lloyd was sentenced to 80 hours of community service with nine months of supervision, during which he will be required to attend assessment, treatment or counseling as directed.