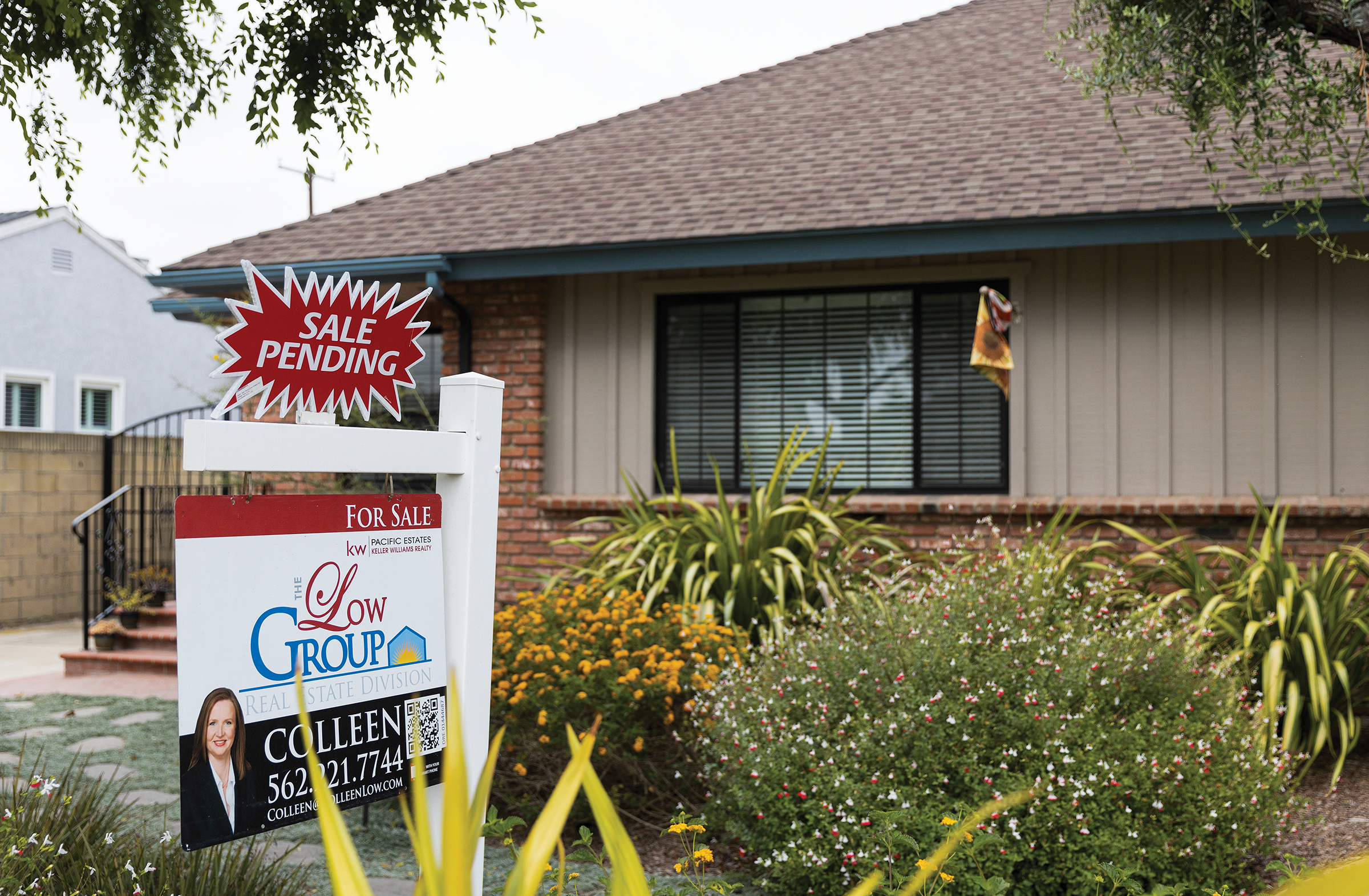 From single-family homes to apartments, strong demand and low inventory continue to drive up sales prices and rents, local real estate experts say, but rising interest rates are expected to calm the market.

“Interest rates have gone up significantly,” said Phil Mazzocco, operating principle of First Team Realty in Long Beach, noting that properties for sale across the city are still getting multiple offers, but not as many as in previous months.

Instead of receiving 30 offers for a property at an appropriate price, Mazzocco said he saw around 10.

Overpriced homes, however, tend to languish on the market, Mazzocco said.

“This could be the kiss of death,” Mazzocco said. “Overvaluation is a big mistake.”

The average interest rate for a 30-year fixed mortgage last year was less than 3%, according to data from Freddie Mac. Rates this year, however, have climbed to around 5.5% as of April 26, according to Forbes.

Even with the sharp increase, interest rates remain historically low, Mazzocco said. From 1973 to the early 2000s, average rates ranged from 6.5% to 16.63%, according to Freddie Mac.

The cooling of interest rates in the market at this point is healthy, Mazzocco said, adding that the recent trajectory is not sustainable.

“Buyers have to do really irresponsible things to get into homes — cut out the contingencies and sometimes the inspection,” Mazzocco said. “Historically, you would never advise your client to do that.”

As the market normalizes, buyers’ agents will have more leverage and be able to negotiate more responsible deals, Mazzocco said.

Nationally, median house prices have skyrocketed since the start of the pandemic, according to data from the U.S. Census Bureau and the U.S. Department of Housing and Urban Development. At the start of 2020, the median selling price of a home in the United States was $329,000. By the end of 2021, that figure had jumped to over $408,000.

According to an Inspection Support Network report, more than 27.5% of home sales in the Los Angeles metro area were over $1 million, the third-highest number of major metros in the nation.

In March of this year, the median price of a home in Los Angeles County was $875,000, up nearly 13% from the same time last year, according to Redfin.

“From personal experience, I check my home’s value on Zillow and it just kept going up,” said Edward Coulson, director of the Center for Real Estate at UC Irvine. “The surge in house prices is still with us, but it’s flattening out a bit.”

The continued velocity of selling and other indicators show no sign that the market is a bubble about to burst, Coulson said.

If priced right, Mazzocco said all types of homes sell well, from homes for renovation to luxury homes. Homes below the $1 million mark are the most sought after, however, he said.

Buyers are a mix of first-timers and people upgrading to larger homes, Mazzocco said. Despite reports across the country, he said Long Beach does not view properties purchased by companies as investments.

“We’re so isolated from everything,” Mazzocco said, noting that Long Beach continues to be a haven for more affordable housing compared to many other cities in Los Angeles and Orange County.

“Companies are definitely a bigger force in the market than they were before,” Coulson said. “But there’s still not an overwhelming presence.”

The multi-family housing market is doing much the same – strong demand and limited supply – said Stepp chief commercial officer Robert Stepp. Similar to the single-family market, the sales velocity of multi-family properties has slowed somewhat in 2022 due to rising interest rates.

Prices, however, remain high for both sales and rental rates, Stepp said. Over the past 12 months, asking rents have risen 6.5%, he said, ‘rebounding strongly from just 1.5% rental growth in the previous 12-month period’ .

The January 2020 passage of Assembly Bill 1482, Stepp said, allows rents to increase by 5% plus the consumer price index. Recent inflation contributed to the higher increase, he said.

Supply of rental housing in Long Beach continues to lag far behind demand and will continue to push prices up, Stepp said. Many people looking to buy have been forced to stay in the rental market due to soaring house prices, he added. As a result, Stepp said Long Beach’s vacancy rate hit a low of 3%, down 1.5% in the past 12 months.

And the city’s rental landscape isn’t expected to change any time soon.

“While Long Beach has maintained a strong construction pipeline since 2016, most new rental inventory is in high-end, four- and five-star products where there is less demand,” Stepp said.

The vacancy rate for high-end luxury units hovers around 8.3%, according to Stepp Commercial Senior Investment Associate Travis Traweek. The vacancy rate in low-to-moderate income housing, meanwhile, is around 2.4%, demonstrating a lack of affordable housing, Traweek said.

Despite reported population declines in the area, multi-family development remains short of demand due to “high construction costs, NIMBY sentiment and onerous permitting regulations, none of which appear to be disappearing any time soon”, Traweek added.

Brixmor buys West U Marketplace, a retail center anchored in Whole Foods near Bellaire and West U Place in Houston for $33.5 million