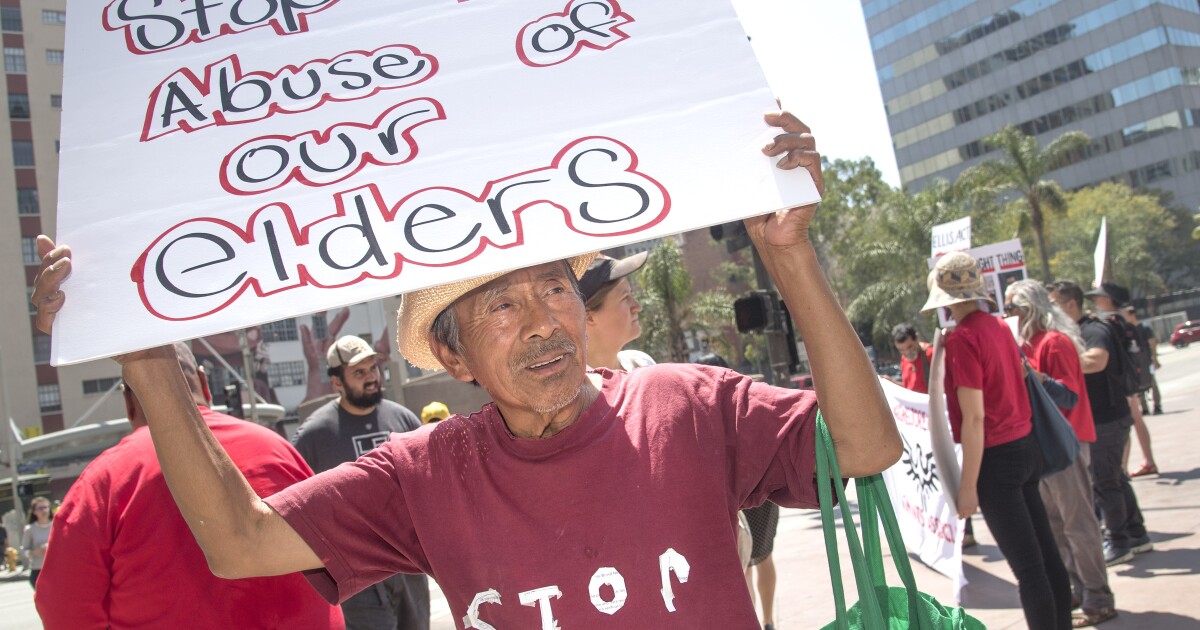 Living in California is becoming increasingly difficult as rents rise and affordable housing becomes scarcer. The problem is particularly acute in expensive urban coastal areas, such as Los Angeles, where three out of four households say they have spent more than a third of their income on rent and utilities.

The solution to the housing crisis is to build more homes for all income levels, and California has done a dismal job of doing that for decades. But that’s only part of the solution. Protecting and preserving the existing affordable housing stock – especially rent-controlled apartments and houses – is key to keeping people housed.

Now the Legislative Assembly is considering Assembly Bill 854 by Assemblyman Alex Lee (D-San Jose) that would curb how quickly a new owner of a rent-controlled property can transform it into a property at the market rate. It’s a course correction that could stem tenant evictions out of rent-controlled housing and into a housing market that many cannot afford. The Assembly is expected to vote to approve this bill and send it to the State Senate for further refinement.

A 1985 state law called the Ellis Act allows owners of rent-controlled properties to exit the rental business under certain conditions. It doesn’t matter if the owner has held the property for decades or a month.

They can take an entire building off the rental market. They can evict all tenants, giving them four to 12 months to move out, and offer them money for relocation (which tenant advocates say rarely covers the cost of finding, securing and renting another accommodation in the same city). the owner can then leave the building empty, convert the units into condominiums for sale, or demolish the building and build a new condo or rental building at market price in its place. (In the City of LA, if the developer is building units at market rate, there must be a percentage of units reserved as affordable or all units must be subject to rent control after the rent was initially set at a market rate.)

AB 854 would require a landlord to own a rent-controlled property for five years before converting it to another use. Tenant organizations say most Ellis Act evictions are done by developers who have owned the property for less than a year.

The aim is to discourage real estate speculators from targeting rent-controlled properties and to help stop the displacement of tenants who have the least ability to bear the loss of an affordable apartment, including low-income people, the elderly and people with disabilities. This would only apply to the 21 jurisdictions in the state that have rent control.

The bill is co-sponsored by the Coalition for Economic Survival in Los Angeles and the Tenderloin Housing Clinic in San Francisco and supported by dozens of tenant, housing, legal and policy organizations. Several cities, including Los Angeles, Culver City, Santa Monica and San Francisco, support him.

More … than 27,000 rent-controlled housing units have been pulled from the market in the city of Los Angeles alone under the Ellis Act for the past 20 years, according to an analysis by the Assembly Housing and Community Development committee.

Opponents are mostly groups of landowners. Some say this law will make it harder for family owners to sell their property, as speculators and developers won’t be as eager to buy if there’s a five-year waiting period before they can convert the property. rental in something. other.

But that ignores the fact that there are other buyers besides speculators for properties sold by family owners, including landlords and other investors who want to buy and hold rental properties. And it also assumes that an investor or developer wouldn’t consider buying a rent-controlled building that could still be a goldmine after five years.

Lawmakers have already tried unsuccessfully to impose constraints on the Ellis Act. But we are nothing less than a housing crisis, and that requires new strategies both to create more housing and to protect the housing we already have. AB 854 is a way to preserve the dwindling supply of affordable rent-controlled housing that exists.

Appointment of a new general manager of real estate