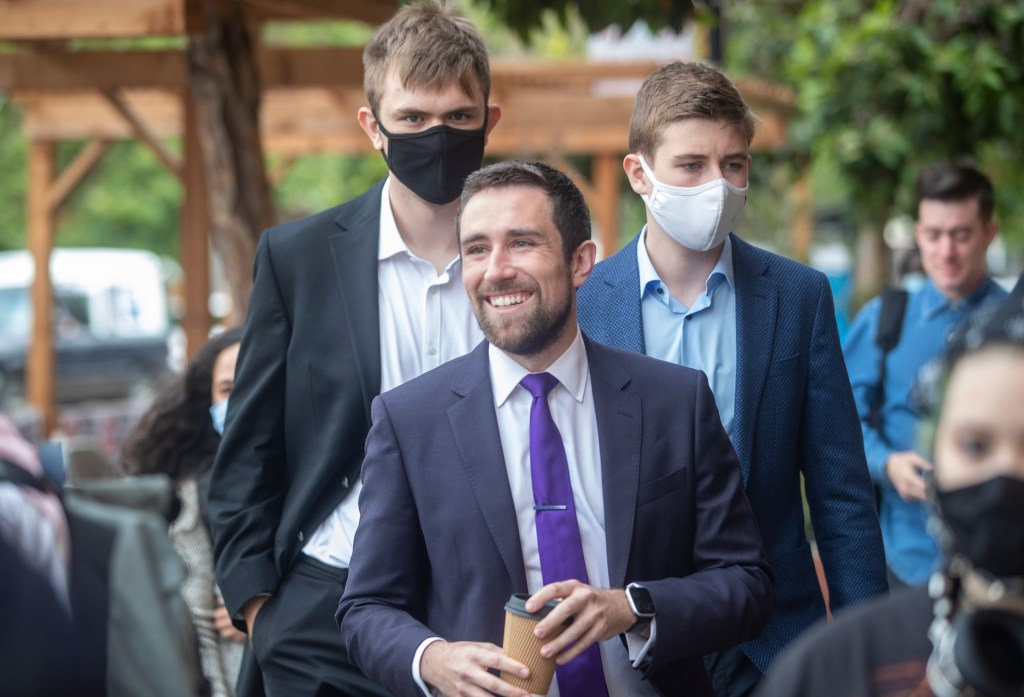 Building a pipeline on the Mississippi River is a crazy idea

The prize for the dumbest idea of ​​the recall election goes to the rookie Democrat who proposed to build a water pipeline from California to the Mississippi River.
It’s crazy economically and politically.

“No one in their right mind would want to pay for this,” said Jay Lund, professor of civil engineering and co-director of the UC Davis Center for Watershed Sciences. “But it’s a recall election. Expect silly ideas that don’t make a lot of sense.

The far-fetched proposal seems emblematic of the absurd recall effort itself – the idea of ​​wasting $ 276 million in taxes on a special election because opportunistic Republicans want to oust the Democratic governor a year before his expiration date. mandate and that he must stand for election anyway.

But, said Lund, “a drought always brings out original ideas.”

Original ideas like floating arctic icebergs. Or import water from the Great Lakes in tank cars. Or build a pipeline to the Columbia River through Oregon and Washington.

YouTube star and Democratic political novice Kevin Paffrath proposed the Mississippi River pipeline last week during a debate among candidates seeking to replace Gov. Gavin Newsom if he is recalled on September 14.

The other debaters were Republicans. Paffrath was invited – for the first time in the series of debates – because he is the most popular Democrat among the 46 replacement candidates on the ballot.

Paffrath, 29, has never held an elected office and is trying to climb to the top of the California political scale. Ventura County real estate investor, Paffrath has 1.7 million followers on his YouTube channel, which offers financial advice.

However, his financial advice on building interstate water pipes should be ignored.

“Now it sounds weird, but we have a huge problem,” Paffrath said during the debate when asked what he would do about the drought. “On the first day, I will declare a state of emergency to begin construction, as soon as possible, of a pipeline to the Mississippi River.”

If only it was as easy, as easy as moving a cursor on a computer screen.

Imagine the political turmoil of trying to build a major 1,600-mile pipeline, across five states, hundreds of local government jurisdictions, and private property. Much also on federal lands, another political quagmire to navigate.

I can’t imagine all these states and local entities giving up water and land and enduring the headaches of construction so that California can fill swimming pools and irrigate orchards with nuts.

The big obstacle to pumping water to more than half of the continent is the astronomical cost. There is no imaginary Santa Claus who gives gifts of water to farmers, industrialists and homeowners. There is only the concept of the user-pays: customers pay for the water they use on monthly bills.

“If you wanted to bring in millions of acre-feet a year, it would probably cost hundreds of billions of dollars,” Lund said. “It would cost more than anyone else would be willing to pay. We have better uses for that kind of money.

“It would be more expensive than desalinating seawater,” he added.

Former San Diego mayor Kevin Faulconer, Republican candidate, laughed when I asked him about the pipeline.

“Unrealistic and crazy,” he said.

Faulconer, Paffrath and all the major contenders are proposing desalination, recycling, conservation, groundwater replenishment and dams. They are a little wet on the dams. Virtually all California dam-worthy rivers have been damned. There’s a cargo of tanks – almost 1,500. We’re running out of possible locations. The state is riddled with earthquake faults, after all.

There is a sensible project being planned in Colusa County. This is an off-stream reservoir named Sites that is said to contain 1.8 million acre-feet of water siphoned from the Sacramento River.

If the Mississippi River had any meaning, we would have long since drunk its muddy waters.

George Skelton is a columnist for the Los Angeles Times.

After selling his modular home, Will Arnett takes over a modern $ 16.4 million farmhouse