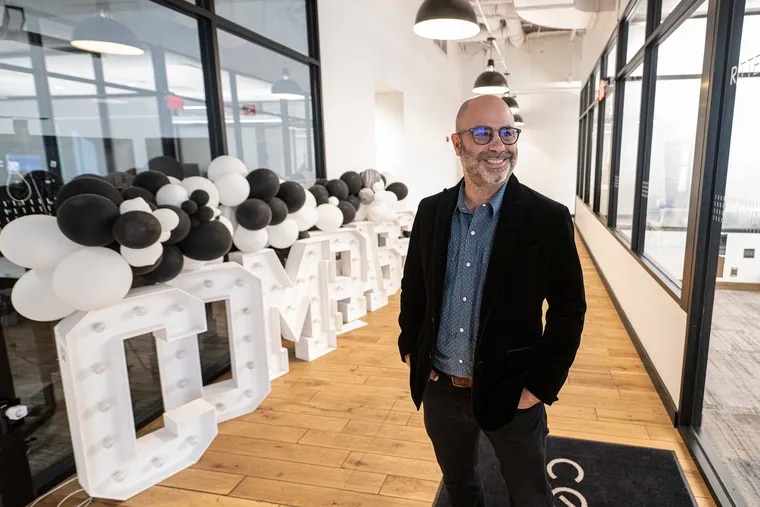 Bots that mimic handwriting, holiday food drives, and lots of calls. Realtors are looking for clients in a slower market.

Over the past two months, Darlene E. Jamison, Team Leader for the RE/MAX-affiliated Jamison Team, has been texting more and making more calls. She and her husband, Kevin, are “planting the seeds” by asking past clients to keep them in mind for future moves and trying to find new clients as the housing market changes.

“There were so many people all summer long that you didn’t have to go through it,” said Jamison, who works throughout the Philadelphia area. “They were coming left and right, buyers and sellers.”

Home buying and selling typically slows down this time of year as the holidays approach. But a year ago, mortgage interest rates of around 3% kept buyer demand higher than normal. Not only has seasonality returned to the market, but home sales are also slower than normal.

Using social media to find clients has become the norm for realtors, Jamison said, but it’s limiting. Mailings work, she said, and calls are always a good bet, “especially if you haven’t spoken with someone in a while, because you never know who they know who’s looking at.”

Agents make a lot of calls and meet with former clients. They organize end-of-year parties and food drives. And some send cards that appear to contain handwritten messages but were written by a robot to save time.

“I can tell you the phone doesn’t ring like it used to,” said Maria Quattrone, Philadelphia area agent, founder and CEO of Maria Quattrone & Associates and owner of RE/[email protected]

“It’s the ‘have-to’ market,” she says. People who have to buy or sell for one reason or another are always active. Maybe a family is expecting twins and needs more space. Maybe a matriarch died and left a house that needs to be sold. Maybe accepting a dream job means moving.

“We need to talk to more people to find the ‘necessary’ people,” said Quattrone, whose team of about 20 people make calls every day.

“And fewer people are answering the phone,” she said. “Fewer people want to do anything.”

Real estate agents know that the market fluctuates. For years, so many buyers were looking for homes that agents didn’t need to be qualified to find clients, Quattrone said. In her two decades in the industry, she says, she knows what it’s like to “really work” for business.

This year, Marc Silver, a Philadelphia-based real estate agent and advisor to Compass Real Estate, began sending out a new type of card to past and potential clients. The messages appear to be handwritten. But although Silver designed the words, a robot in Arizona wrote them.

At a facility outside Phoenix, 175 robots owned by the Handwrytten Company can each write up to 1,000 notes a day using approximations of human writing. Bots make paragraph edges jagged, bend lines of text, and make repeated letters in the note look slightly different. For an additional fee, customers can have robots write in their specific script.

The idea is to grab people’s attention and stand out in a pile of junk mail. People are more likely to look at mail that looks handwritten. Handwrytten says recipients tend not to think twice about the actual writing.

Handwrytten’s customers include “everything from piano tuners and solar panel installers to real estate agents and large retailers,” said David Wachs, managing director. Real estate professionals are one of the company’s largest customer bases, with about 33,000 customers nationwide, he said. A few hundred people work in the Philadelphia area.

A handful of companies across the country offer similar services.

A new feature in Handwrytten allows agents to circle an area on a map and capture all addresses in the area. Agents can filter by home value or how long someone has lived in their home.

» READ MORE: Estate agents use ‘love letters’ to promote the strength of the professionals behind the offer

Mark Baker, who became a realtor in February and works for Keller Williams Newtown, learned through a business coaching program the importance of following leads and writing notes.

“To be honest, my writing is terrible. I can barely read it when I write it,” he said. “I was looking for a way to automate it. … I don’t have much time to write handwritten notes. So Handwrytten does it for me.

Baker’s first client mentioned his handwritten note as one of the reasons the salesperson contacted him. Tickets are more expensive than postcards — he pays around $4 each — so Baker uses them strategically.

But he believes in the product as a way to stay on customers’ radar for future sales and eventually find new customers. It can personalize the messages on the cards for celebrations such as birthdays, Mother’s Day and Father’s Day. He pays attention to birth and college announcements and other life events and looks for opportunities to reach out.

“You can’t just sit down and land things on your lap,” Silver said. If officers focus on the right activities, he said, “there is a land of plenty to help people and to serve people at a high level.”

She also records educational and promotional videos for consumers, investors and other agents which she posts on social media. She streams live on Facebook and has a podcast.

Silver emails equity analysis reports to owners to mark their purchase anniversaries. Reports include an overview of the market, trends it observes, and homes in the area that have sold or failed to sell. He invites the recipients to schedule time to discuss with him.

Silver has been a music teacher for 16 years and periodically consults with her network of parents and students. He organizes coffee meetings to reconnect with old clients and meet new people.

He recently hosted a party for about 45 past and potential clients with food and pumpkin painting and carving. A photographer took family portraits for the greeting cards.

» READ MORE: Buying a home is less ruthless but still not easy as mortgage rates rise

Dropping a small holiday gift with a personal note for recent customers is a common technique, Silver said. He’ll give you something useful, like an oven mitt or a turkey baster. A note will say that he is grateful for their business and ask them to publicize his services.

On a recent weekend, Baker at Keller Williams distributed about 150 brown paper bags to homes, soliciting donations for his office’s Thanksgiving food drive. If the households filled the bags, someone from the office picked them up.

Besides helping the community, “getting the name out there is really what it does,” he said.