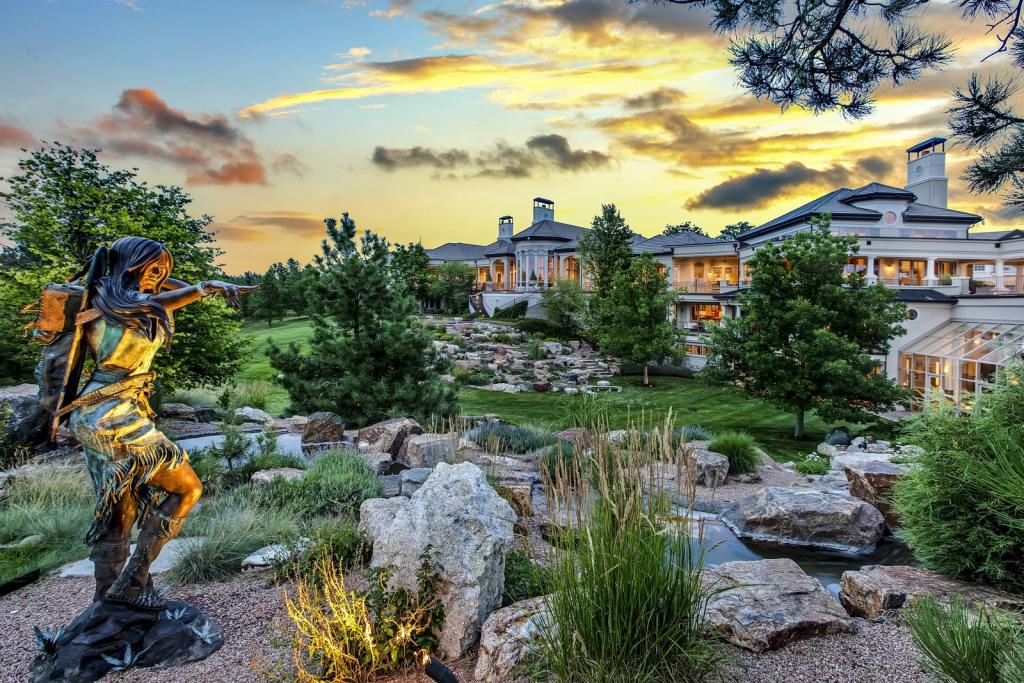 December was one of the biggest months in Denver’s luxury residential real estate market history, as three homes sold for over $ 10 million.

For comparison, only two homes sold for more than $ 10 million in the first 11 months of 2021. And three sales hit that price point throughout 2020.

A 45,212-square-foot, 70-acre mansion at 10687 Evans Ridge Road in Parker sold for $ 12.5 million in December, taking the top spot among local home sales for the month. It was also the most expensive home sale ever in Douglas County, according to listing agent Liza Hogan of Douglas Elliman Real Estate.

Cal Turner Jr., former CEO of Dollar General and son of the founder, sold the house on December 13. It was initially listed for $ 12.9 million in 2018.

Turner, 71, bought the 11-bedroom, 24-bathroom home for $ 7.4 million before it was completed in 2002, according to property records. He finished designing the interior and added outdoor living spaces, according to the listing agent. Hogan said last month’s sale included Turner’s art and wine collection.

Turner took over as President of Dollar General from his father in 1977 and served as CEO until 2003.

The house was purchased by Jonathan Yantis, the 51-year-old co-founder of the NFT Worldwide Asset eXchange blockchain, according to property records.

In-house amenities include an indoor swimming pool, fishing pond, entertainment wing with stage and dance floor, and a wine cellar organized by food and wine pairings. There are also three guest apartments, each with a private entrance, and a two-bedroom caretaker’s apartment above one of the property’s four garages.

Hogan represented both the seller and the buyer in the transaction.

Here are the next four most expensive local home sales starting in December:

Situated on nearly 2.4 acres, this custom home in the heart of Cherry Hills Village was built in 2004 and features 18,226 square feet with six bedrooms and 11 bathrooms.

This 8,951 square foot home sits on 4.34 acres of land in the Belcaro neighborhood of Denver. Originally built in 1989, the house has three bedrooms and six bathrooms.

The eight-bedroom, 13-bathroom home spans 2.5 acres and “brings in the outdoors with rooms that open onto terraces overlooking the pool and lush gardens,” according to the listing. There is a wine cellar, a gym, a theater and an elevator, and the garage can accommodate over a dozen cars.

The home was sold by Denver-based CEO and owner Brian Watson and Northstar Commercial Partners, which has been battling Amazon in Virginia courts since the spring of 2020. Watson bought the home in February 2020 for $ 6.6 million. dollars.

For the past 30 years, the historic Crawford Hill Mansion has been used and leased as office space, most recently by a law firm, according to the listing.

Built in 1906, the Crawford Hill Mansion has 20,205 square feet with six bedrooms and 11 bathrooms. The French Renaissance-style home was one of the largest residences built in Denver at the time and was listed on the National Register of Historic Places.

There is a large ballroom, a large dining room, and a two-level foyer with a grand staircase.

Sandra Bullock, Justin Bieber and the Stars Who Lost Money on Real Estate – The…